Skip to content
It all started when I asked him out for dinner
January 25, 2019admin

“…I had known him a while and we used to see each other around university. One day, I asked him to dinner and he said yes. After dinner, I invited him up to my room and though he initially turned down the offer, he eventually changed his mind. In my room, he sat on the chair and not on the bed and we talked for hours… We never did anything without my explicit permission.

He respected me, and I really appreciated that…”

It all started when I asked him out for dinner.

Disclaimer : At first I really just wanted to have dinner with him.

Both of us were friends on Facebook for around 5 years. We walk past each other sometimes, in university or in conferences. We never talked much though.it all started when I asked him out for dinner, he accepted. We had a nice time talking. He was funny, smart, witty.

After dinner, he sent me off at my place. I invited him to converse in my room. He denied.

Five minutes later, he texted me again, asking if I was lonely and if I needed company. (He told me later that he didn’t want to accept at first, but waited and asked again to make sure I really intended to invite him up to my room.)

He drove his car back to my place.

There was only a bed and a chair in my room. He chose to sit on the chair.

I appreciated how he didn’t rudely sit on my bed. Even if I didn’t mind, it was nice that he respected me.

We talked until morning, with me on the bed and him on the chair.

I told him to sit on the bed together. There was only one blanket in my room so we had to share it.

He told me later that he really wanted to have sex with me, but he wouldn’t do if he wasn’t sure I wanted to or not.

He started asking me after an hour went by if I was cold. I replied with a yes. He hugged me. I then kissed him, but he didn’t advance further until I gave him the permission.

I felt that he really respected me.

And I think this is very fair. 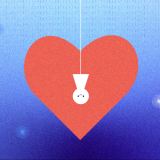